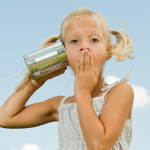 Are you getting enough engagement with your tweets? Have you customized them to maximize their attention earning potential? 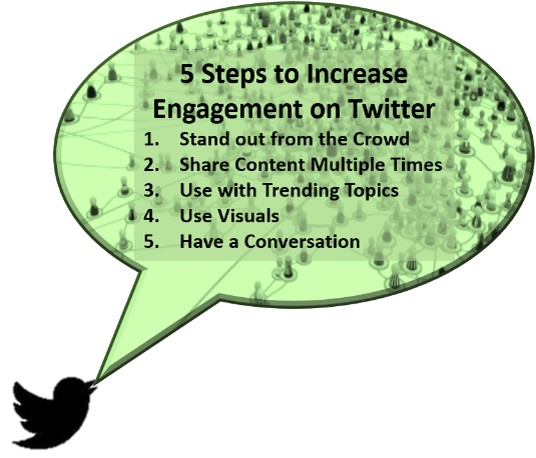 Competing a platform where there are nearly 6,000 tweets posted every second can be seriously challenging, but fortunately there are several simple ways that you can help make your tweets stand out and increase engagement on Twitter. Below we’ll look at five ways you can make your tweets shine.

Thanks to sharing buttons, blog posts and articles are two of the most common types of content that get retweeted. As a result, it’s very common to simply click a share button and use the template copy provided by the accompanying sharing widget. One of the reasons that sharing widgets have become so popular is because they make sharing on Twitter as simple as clicking one button, but for anyone trying to maximize engagement on their tweets, using that default text can be very counterproductive.

You can start to stand out from the crowd by not relying on preexisting template text, and offer your own opinion or commentary in the tweet instead. You can also use your tweet as an opportunity to provide context to your readers, or tell them what you agree or disagree with. Questions are also a great way to create engagement with your tweets, especially if you use them to intrigue your readers into clicking. Alternatively, you can simply ask your followers for their own opinion on the content.

If you’re not feeling very creative, another strategy you can use is to use a quotable sentence in your tweet as an alternative to the article’s title. Anytime you sharing your own content is particularly important that you add this extra information in your tweet, or else your channel may begin to appear spammy and overly self-promotional. Regardless, the end result will be more people clicking on the link, engaging with your channel, and tweeting you in response.

Out of the many types of social media posts, tweets arguably have one the lowest shelf life. For most people, the lifespan of a tweet is roughly one hour. To make matters even more difficult, maintaining visibility on Twitter means constantly producing new tweets. One way you can overcome this problem is to tweet the same content multiple times, which can help you maintain visibility without having to produce prolific amounts of completely new stuff.

The most common mistake that businesses make when sharing content multiple times is using the same headline in every new tweet. While you definitely will increase the visibility of your posts, you also look like a spammer, which may cause people to unfollow your channel. Overcoming this problem is as simple as following the guidelines in the previous section.

Additionally, many people maintain professionalism at the expense of personality, and this can be a swift route to to mediocrity. When you can integrate your own personality while still maintaining professionalism, your channel will inevitably stand out. For good example of integrating these two factors, check out the Taco Bell Twitter feed, which has a palpable personality to it.

3. Use with Trending Topics

Every day, the popular hashtags on Twitter change to reflect recent events. You can discover what’s trending on Twitter by looking at the popular tags for that day on the left side of your profile page. Keep an eye on what’s trending on any given day and you can use that information to gain extra exposure to your tweets. Before you start jumping on bandwagons, remember to research every tag before you use it. Many businesses have found themselves dealing with the PR nightmare after inappropriately using a hashtag without understanding its meaning and origin.

People are visual animals. More than six out of seven people are considered visual learners, and the human brain processes visual information tens of thousands of times faster than text. On a text-based platform like Twitter, standing out means using images. Several studies have also shown that tweets that include a visual are nearly 4 times as likely to be re-tweeted. One way to streamline this process is a Twitter card, which will grab an image from your blog and include it in any retweets of that content. Twitter cards allow you to attach photos, videos, and other types of media directly to you tweets, and are completely supported by Twitter analytics.

The most direct way to engage with people on Twitter is simply talking to them. Don’t wait around for someone to start a conversation with you, keep an eye on your stream and emerging relevant tags, so you can use them as an opportunity to create conversations. Listening to what’s being said will give you the opportunity to join ongoing conversations. It’s particularly important to keep tabs on conversations belonging to the major influencers in your niche, especially if you’re looking to increase your follower count.