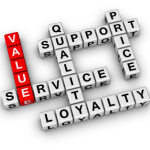 When we think of the father of electricity we all think of Thomas Edison, one of the greatest inventors in the history of the United States.  Thomas Edison 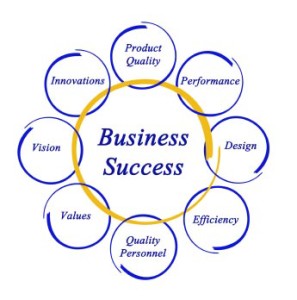 holds over 1,000 patents and developed the first system for distributing electricity to a large area.  He was the first to power street lights in NY city.  At the time he was using direct current (DC) electricity to accomplish this feat and believed strongly this was the only way and right way to deliver electricity.

But he slipped up and let a great inventor/apprentice and his idea get away.  Nikola Tesla, was a young, up and coming inventor working for Thomas Edison as an apprentice. He was employed by Thomas Edison to work on Edison’s DC platform.  A major hurdle with DC electricity was its inefficiencies.  To deliver electricity via direct current more than a mile required building power plants approximately every mile.

Nikola Tesla, recognizing its shortcoming, developed a generator that generated alternating current (AC) electricity city, a much more  efficient way for distributing electricity over longer distances.  However Thomas Edison, would have none of it,  He believed AC to be too dangerous and dismissed the idea.

After not receiving a promised bonus from Thomas Edison and Edison, being dismissive of his AC idea, Tesla resigned.  On his own, Tesla, applied for and received patents for his AC invention.

George Westinghouse, who started deploying AC power stations approached Tesla about working for Westinghouse.  Tesla accepted and the two became the driving force behind successfully developing and deploying the use of AC electricity.

They took a big gamble and proved AC’s feasibility by lighting up the World Fair in Chicago in 1893.  While Tesla and Westinghouse were proving its benefits and success, Edison was attempting to dismiss and disprove it, by some very unsavory and ugly methods.  In an effort to prove how unsafe it was he would electrocute animals using AC electricity and was behind the development of the first electric chair.  All in an effort to highlight how unsafe AC electricity was.  A demonstration that back fired on Edison.  It was a grisly botched execution.

We know the ending of the story – AC electricity ultimately won the battle for the standard for delivering electricity.  If Edison, had been open to the ideas of his understudy he would have had control over the patent, deployment of AC electricity and its success.  Instead, he let the patent and innovation get away.

How often in businesses today, do they not implement  a great idea, because it came from the wrong person or wrong department?  Do you or your technical people let great ideas go by the wayside because of ego?

Companies, if they want to be great innovators should not be dismissive of ideas that come from unexpected sources.  Below are listed four possible sources of great ideas and ways to innovate.

These are just a few sources that you can tap into to help innovative your business.  We would love to hear what you do and how you innovate your processes, products or services. Leave a comment below and share with us your sources for innovation.